4 weeks ago Auras first single «Secrets» was released. A pop song, which is characterized by melancholic melodies.
Now comes the acoustic version.

Aura Davis writes her songs on guitar, with pen and paper. Rarely anything else is involved.
With the acoustic version of Secrets, she takes the song back to where it came from. Campfire, stripped down.
“I’ve looked forward to this moment for a long time” she says, “I really have a thing for simple, acoustic stuff. It’s where the lyrics, which are always central to me, have the most power.” 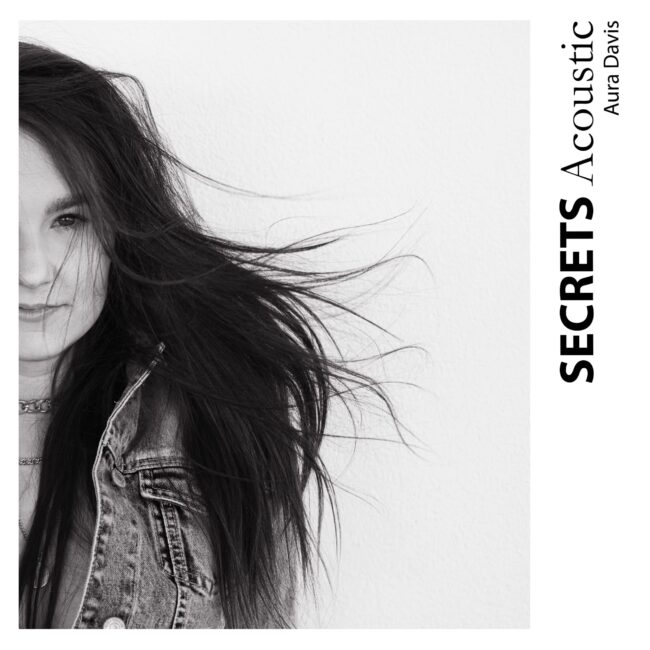